How to use Selenium (Chromedriver) on Heroku 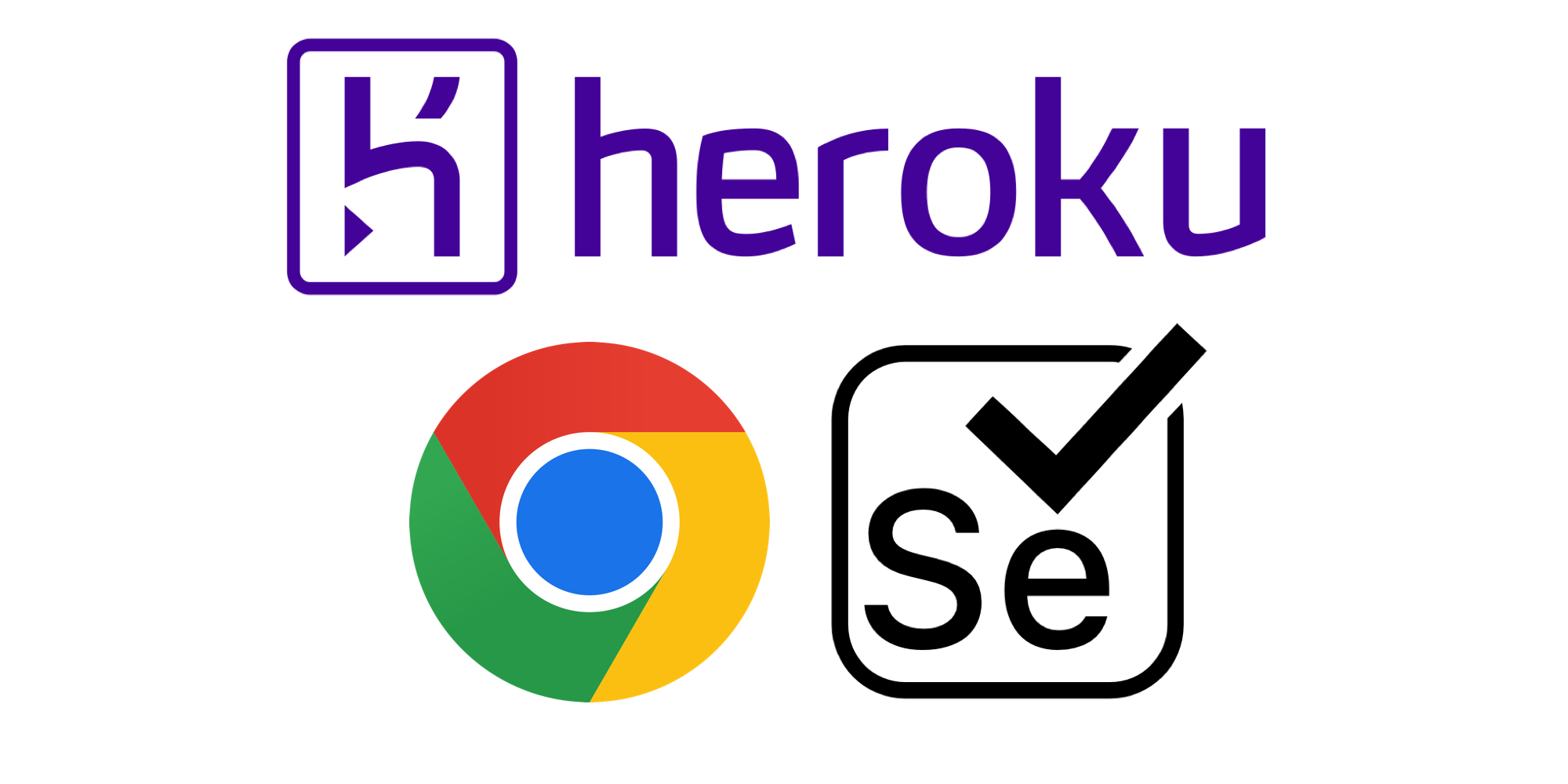 This tutorial will walk you through quickly setting up Chromedriver on Heroku to use Selenium. I illustrate with Python, but really any language supported by Heroku will work. After the quick start guide, there's a deeper insights section that describes what we're using more closely. It also explains how to add extra Chrome configurations.

1. Create an app if you don't have one already. Add the necessary buildpacks to your Heroku app 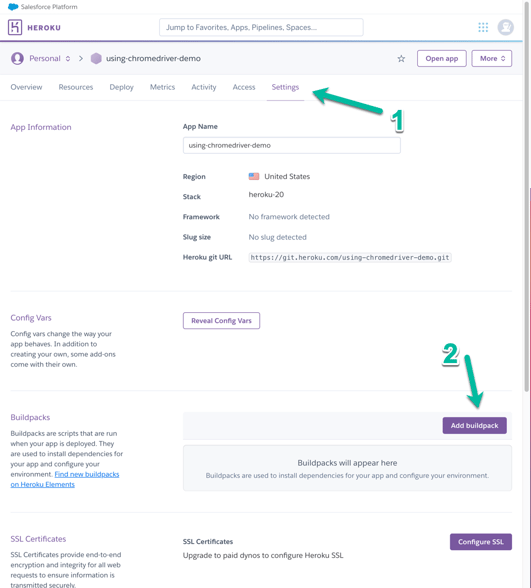 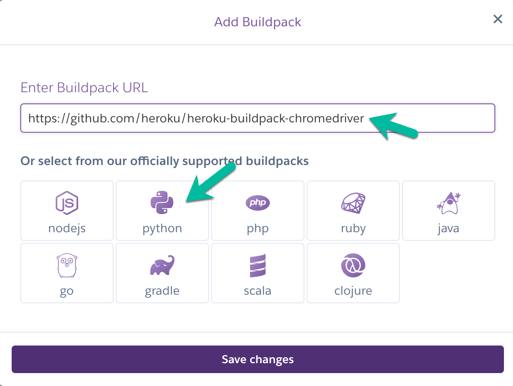 Once you've added the required buildpacks, it'll look similar to this.

Here's a general Python snippet that sets the Chrome binary location using the provided environment variable and visits the Google website. Edit this however you'd like to test your app in your preferred language. Depending on the language you use you'll need to set the ChromeOptions appropriately. The environment variable will always be the same "GOOGLE_CHROME_SHIM" and is set up automatically by the buildpack. You'll need to add the "disable-dev-shm-usage" argument as Heroku doesn't offer enough shared memory for Chromedriver to properly run.

You should now be able to use Selenium/Chromedriver on Heroku. If you've never deployed a Heroku app before, check out Heroku's start guide.

Hopefully, what the 3 buildpacks provide makes sense. One is to use Python (or whatever preferred language) properly on Heroku. The other two are Google-related. One gives us Chrome and the other gives us ChromeDriver which is an implementation of Selenium's WebDriver interface. ChromeDriver doesn't include the actual browser, that's why we need two separate buildpacks.

Heroku maintains the Chrome and ChromeDriver buildpacks. To simplify the usage, they introduced shims within the Chrome buildpack that handles the necessary Chrome configurations to run on Heroku.

Note that --headless, --disable-gpu, --no-sandbox, and --remote-debugging-port=9222 are required otherwise it won't work on Heroku. I don't know why this is.
Just a Heroku thing that's noted by the maintainers.